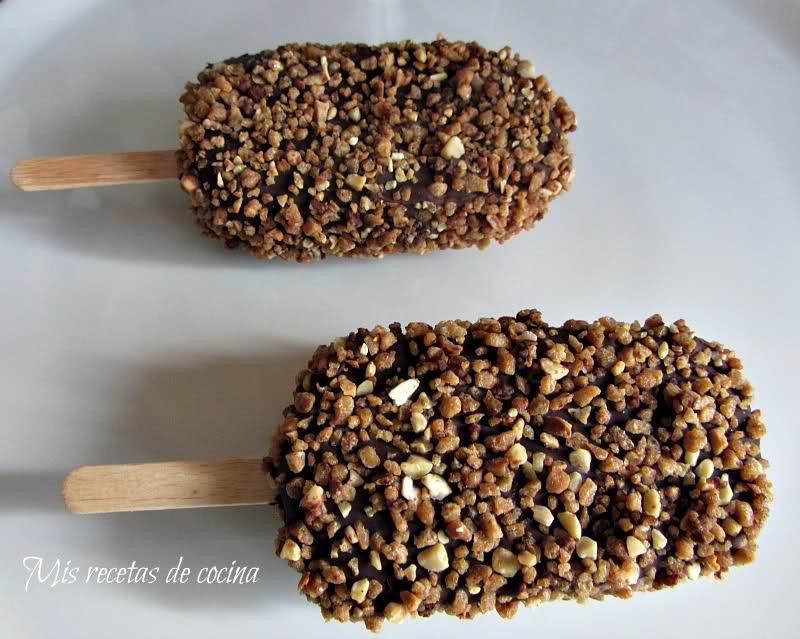 First of all to thank you for your comments, Roky is very much improved, the wound is almost healed and he is eating a little more.
Now the one that is annoyed is me! I have had pain for a long time that has been increasing and now they have me fatal, even though they increase my medication they do not improve, I am waiting for the appointment for the specialist, to see that they tell me now, because I have already seen several doctors and each one tells me something.
I cook the essentials, because you have to eat, if not, but I have made several ice creams that are very easy and those that I bring today liked a lot at home. And I also had a tremendous desire to release my new mold!
They are a collection of several pages I've seen, so I will not quote anyone because I would not know. I leave a couple for you to try them and thus overheat this heat that is doing these days. 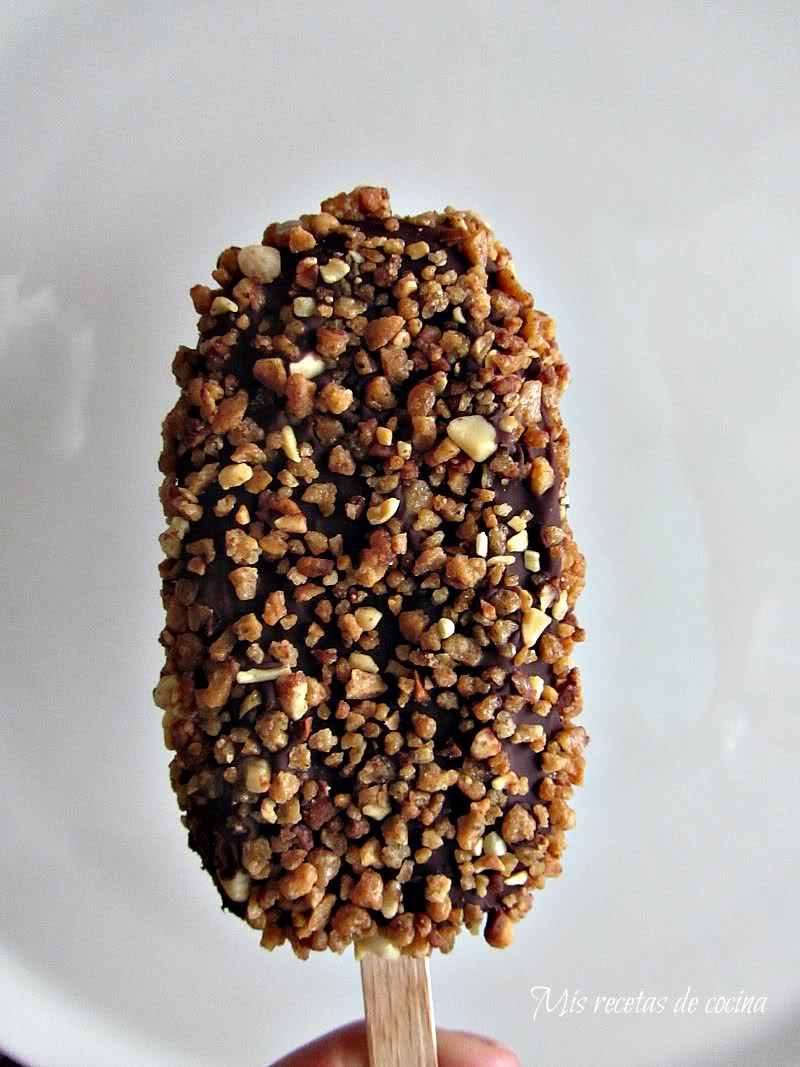 First we mount the cream with 50 gr. of sugar and reserve in the fridge. Then we beat the egg whites until stiff with the remaining sugar and once assembled we put them in the refrigerator until the two mixtures are very cold.
We take out the frigo and mix both preparations, pour into the ice cream maker and let it cook for 30 minutes.
Fill the molds with the ice cream, put the stick, and leave them in the freezer until they harden.
Prepare the cover by melting the chocolate with the butter , stir well and let it cool a bit.
We take the ice cream from the freezer, unmold it and bathe it in chocolate, then we pass it through the crocanti until they are well covered, we put them on a base, puncturing the stick, until to dry the chocolate, we wrap them in vegetable paper, put them in bags and in the freezer again, until we feel like eating them.

** From base I have used a synthetic cork where I have been pricking them. 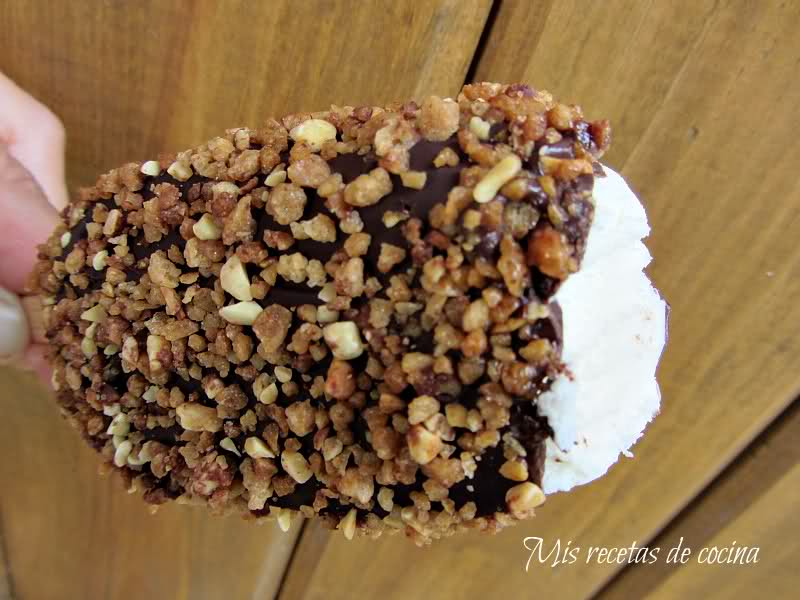 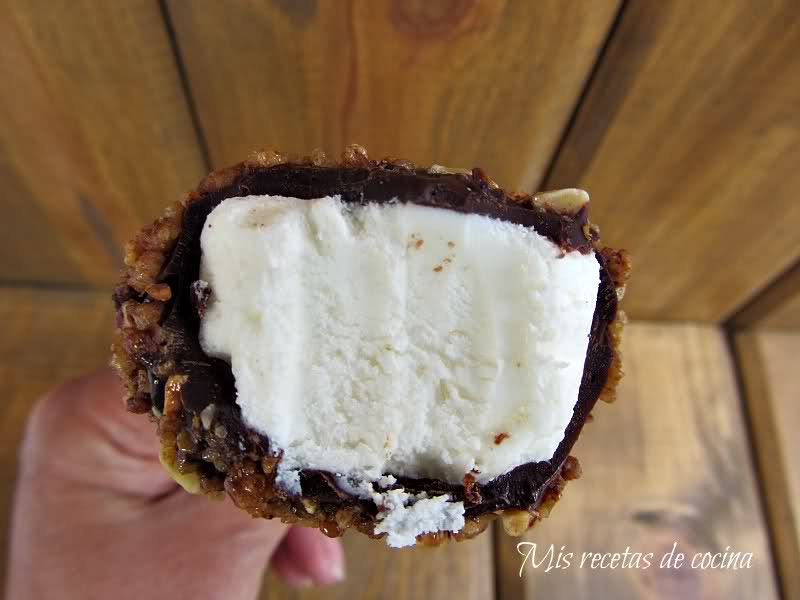